Cohort #Unigoat had a week-long vacation to rest up after spending the last 2.5 weeks working with Rails. In case you’d like to see some examples of what we’ve been creating in class, here are two projects I contributed to: 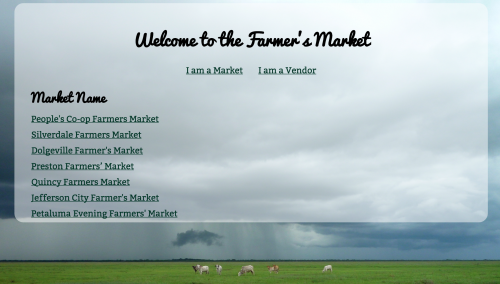 Oh look, it’s that FarMar data again. This time around, the database seemed less rage-inducing and more approachable with the structure of Rails to guide us.