While talking about tech projects, you might hear the acronym “MVP” thrown around, or minimum viable product.

Think of it as the absolute bare minimum that you can squeak by with and call something “done” within a given time period. Keeping the MVP in mind was important as I worked on Book Duets, my capstone project for Ada Developers Academy. The MVP served as a focal point that my sprint planning revolved around.

Applying lessons learned as a writer coming to web development#

I’ve realized that my previous work as a freelance writer has helped me grapple with some of the MVP scoping challenges I face as a web developer. Here are some commonalities:

Promise a pebble, not the moon#

You have so many grandiose ideas! How could you possibly limit yourself to the abridged version of your app?

I get it. It’s really hard to imagine seemingly major features as “nice to haves.” But having an achievable MVP will help you accomplish all those badass goals.

Channel your inner underachiever if you have to. And ask yourself these questions:

Sum up your MVP in one sentence.#

For Book Duets, my MVP was: Get a musician / author pairing, return a mashup of their work.

Here’s a mockup I did of Book Duets during the planning stage. I set my MVP at the start of my project and tried to let it guide me. 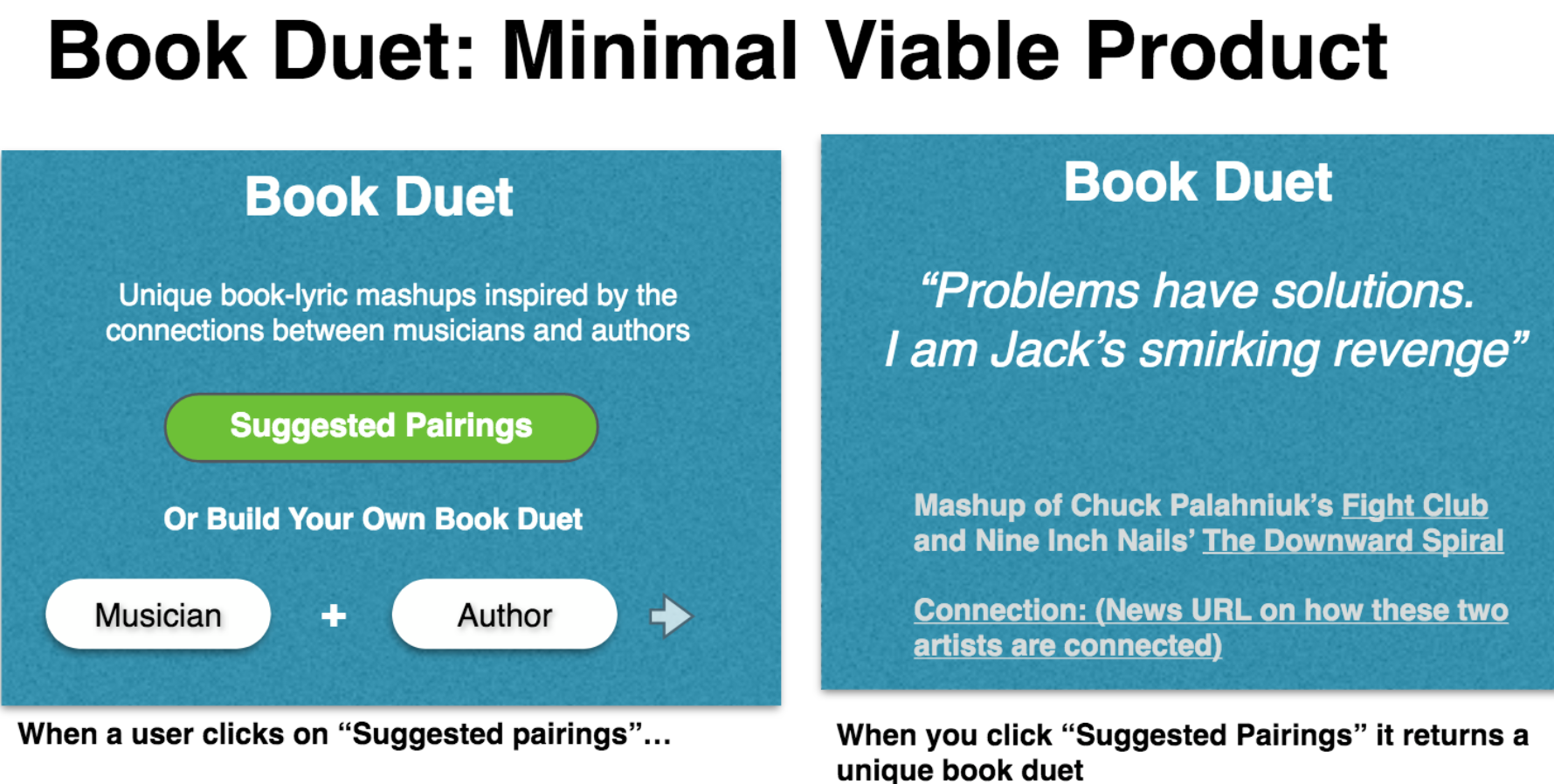 After the mockup, I decided that a UI wasn’t necessary - an API could take two names and gimme back a mashup.

Book Duets wound up doing more than this, but the MVP paved the way for all the other features.

Get frugal with time and decide early on how long your MVP should take.

I decided that 50% of my project time would go toward my MVP - “Take two names, spit out a text mashup.”

Fifty percent might sound a little steep. But the word MINIMAL comes in handy. Something’s minimal when you:

And guess what, I made my deadline!

Literally everything else in the world - you just did the MINIMUM, remember?

Now the extra hard stuff happens! If you’re not sure what to do, work on:

Looking back at my feature branches, they weren’t necessary for my MVP to function. 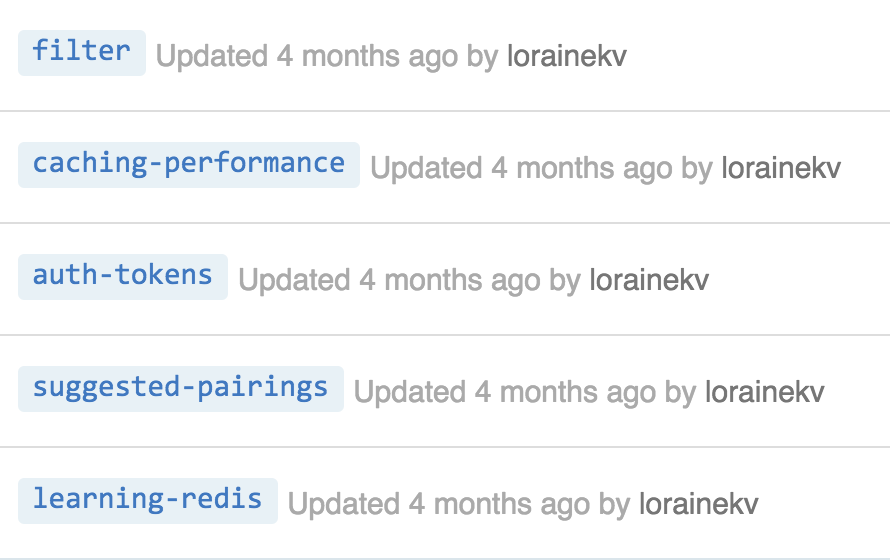 Hope this helps you imagine how you would scope your next MVP and additional features.